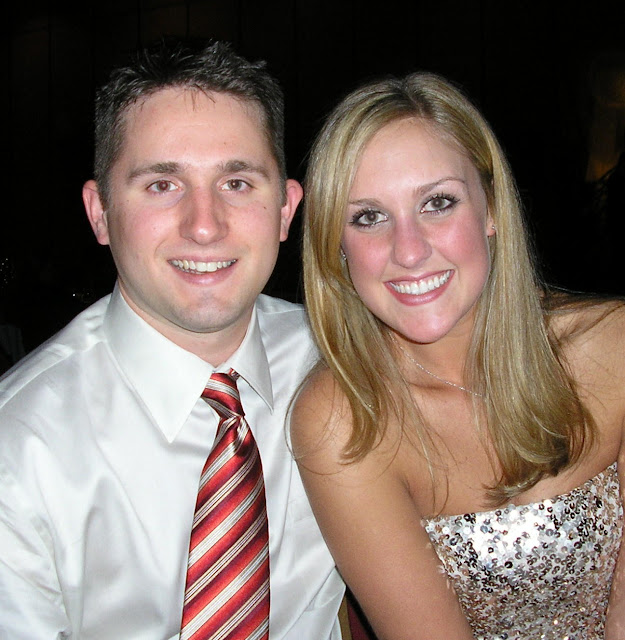 Where did you meet?
Jake and I "officially" met in Houston Hobby airport when he accompanied my sorority sister and her boyfriend at the time, who is aslo Jake's best friend and best man, to pick me up.  My friend had just transfered from Auburn University to Texas A&M.  I flew in to visit her in College Station for the weekend.  Initially I was disappointed to see she had brought Jake with her to the airport.  I had reluctantly spoken to him a few times on the phone my sophomore year when my friend would pass the phone over to me having to attend to her duties at the front desk of our sorority dorm.  He seemed odd to me during those quick long distance conversations.  However, Jake and I bonded in the backseat on the drive to College Station that night.  Our humor was very similar and I was immediately attracted to him.  We all went out that evening and had a very good time, unfortunately, Jake had to go back to his hometown of Dallas over the weekend for a family dinner.  I was very disappointed that I would not see him again before I left.   It was Saturday and I was missing my new friend that I thought I would never see again.  That evening the three of us went to dinner without Jake.  When we drove up to their duplex I was elated to see Jake's white Ford F-150!  He had come back early!!!  Almost as soon as I got back to Auburn he had planned his trip to visit me a month later in Auburn.  That initial meeting was September 18, 2003 and we have been in each other's site ever since!!! 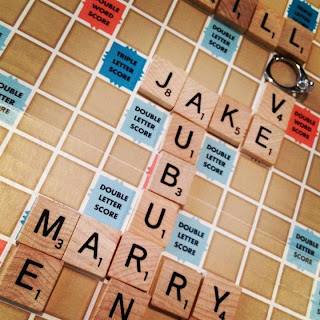 How did he propose?
Jake proposed the morning of July 29.  It was a Sunday and Jake woke me up to tell me he had made breakfast.  I opened the door to my bedroom and immediately noticed the rose petals leading down the stairway.  I followed the petals downstairs with Jake by my side.  When we got to the living room I saw a beautiful bouquet of flowers and then the scrabble board set up on the coffee table.  He instructed me to sit down and look at the game board.  In scrabble tiles Jake had spelled out...AUBURN WILL YOU MARRY ME LOVE JAKE...once I put the letters together i noticed Jake down on one knee with the most amazing ring in his hands!!!  I said yes and we popped a bottle of champagne, made mimosas, and at captain crunch french toast!  It was perfect!!

Why did you pick the area you are getting married in?
We are getting married at the GA State Railroad Museum/aka Roundhouse Museum, in the Historic district of Savannah.  My dad's family is from Savannah I have always loved  the city and dreamed of marrying here.  I finally brought Jake to Savannah in 2006 for St. Patrick's Day and he fell in love with the city as well.  I loved the Roundhouse Museum because of the rustic atmosphere.  I like the juxtaposition of exposed brick and soft, delicate lace...I feel its a nice representation of me and Jake.

Where do you reside now?
Jake and I live in Dallas, Texas.

Anything interesting or out of the ordinary you are including in your
wedding day?
We are going to include Scrabble tiles in our wedding day because those little pieces of wood have played a big role in our relationship.  Jake asked me to be his "official" girlfriend over a Scrabble game during a family beach trip, and then Jake proposed with those letters.  I will also be carrying a brooch bouquet composed of many of my grandmother's brooches and the other brooches will represent everyone who is special to me.  I have asked all my dear friends and family to choose a brooch to add to the collection.

We are beyond excited you two! The plans are coming together perfectly and we couldn't be more in love with the details and you both! LOVE how Jake proposed...you are just amazing! :)
XO
The MGE Team
Tweet
Pin It