Meet Leslie and Scott-A soon to be Savannah Wedding 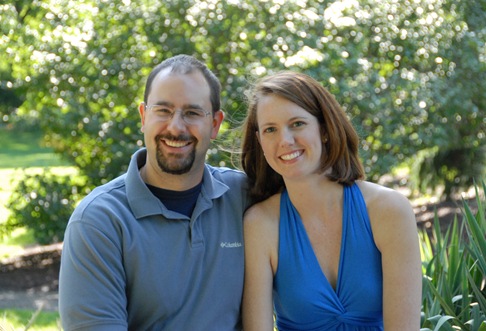 Scott and I met at an Anesthesiology party when I first moved to Columbia. He was the only one there who was not an anesthesiologist and little did we know that some of our mutual friends were setting us up to meet. Shortly after that we had our first date to a winery in Herman, Missouri...and the rest is history.

Scott took me to his home in Michigan City, IN for a long weekend over Memorial Day.  We decided to go to the beach (yes, a real beach on Lake Michigan) for a little relaxation after lunch one day.  Scott had packed a bag of snacks, drinks, sunscreen, and yes, the ring. We chose a spot on the beach far from the crowds of kids and families enjoying the holiday weekend.  The weather was warm and I asked Scott to give me the bag so I could get a drink and a snack, but he refused saying it contained a surprise for me.  I love surprises and it was killing me not knowing what was in the bag so I immediately started asking questions...Was the surprise something I could eat? (I was thinking chocolates) Was it one surprise or several small surprises? He responded that I could not eat it and that there were multiple small surprises. Could I have just one of the surprises now and wait for the rest later? He talked me into walking down to the water while he set up my "surprise" on the blanket, and of course I had to promise not to look back until he told me I could. When he called me back to our blanket, I found a stuffed bear holding a ring box. The next thing I knew, Scott was down on one knee asking if I would spend the rest of my life with him. I, of course, said yes and he placed a beautiful solitaire diamond ring on my finger. The multiple small surprises were the smaller diamonds flanking each side of the larger diamond in the ring.

We visited Savannah on a business trip and both fell in love with the city.  We immediately knew this was where we wanted to get married!

Columbia, Missouri, but we are planning to relocate to a warmer climate soon.

I am a southern girl, born and raised in Alabama, and Scott is from the midwest.  Our friends from high school, college and medical school are scattered around the country and we are looking forward to bringing everyone together in Savannah to celebrate our marriage.

It has been so much fun planning with Leslie and Scott thus far and I know their wedding will be an affair to remember! They are such an adorable couple who share such an inspiring love. Congratulations to you both and we are so honored to share in this momentous occasion in both of your lives!