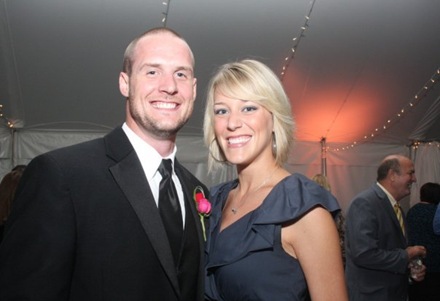 We met on a blind date! Andy's sister, Erin who also happened to be Towne's friend from SCAD - had been actively trying to convince us to meet for almost 9 months before we agreed. We prophetically met up one evening at a local Chicago bar called "The Union". Little did we know, that that night would be the start of the most major union of our lives.

We were just waking up on a Tuesday morning, when Andy comes into our room with a huge jar we use to collect change for a "future adventure" and asked me if I loved him. Of course, I didn't know what was going on since I was still very newly awake... but responded that of course, I love him! Then he gave me his Great Grandmother's ruby engagement ring, said that he wished he has asked me to marry him when he first had it in his possession (over 3 years ago, after about 2 months of dating!) but that he couldn't wait any longer. He knelt next to he bed and put in on my finger while asking if I would marry him. He had hoped we could run down to city hall and buy the marriage certificate with that money from the jar that day, but I had to go to work, and we decided to have a wedding with our friends and family there instead of running to city hall. It was so simple and perfectly romantic!

I loved Savannah from the moment I visited the college. Andy had been several times to see his sister - and after realizing that we wanted to get married somewhere other than our hometowns, Savannah just stood out as the most beautiful, comfortable place for our wedding.

Chicago, IL. We have been here for over 4 years now. 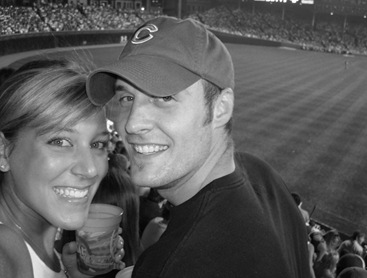 Yeahh…we are so excited to get you back to Savannah to get married! What a special day it will be. You guys are soo cute!