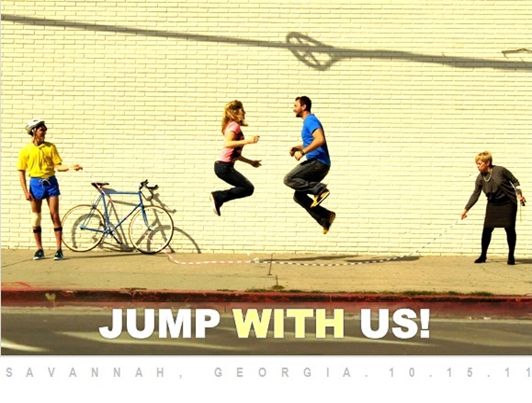 He was in a business suit.

She was in a bathing suit.

It was attraction at first sight.

As soon as they said hello — it became much more than attraction.

“Are you interested in buying life insurance?” he asked.

“Excuse me?” she replied, confused as to who had let this alleged salesman into the rooftop pool party.
“We have a number of great policies,” he continued — trying to not look too out of place amidst the sea of bikinis and board shorts.

“Should I take this schmuck seriously?” she asked herself.

He labored on, maintaining a straight face, offering up buy-in options at $50k intervals — for flood, fire, tornado.  Whatever foes she faced — he claimed to offer the remedy.

And just seconds before she rejected him – “Hi.  I’m Jonah.”

In late 2010, Jamie and Jonah were prepping for a big cross country move (Chicago to LA).

She was starting grad school out at USC.  He was returning to the land of 74-degree sunshine, where he would eventually go on to launch his own marketing and production company.  He decided that he would ask her to marry him along the way.

Before we began our cross-country road trip, I told Jamie we were staying at a bunch of budget motels to save money.  Like… she knew we were going to Vegas, but I convinced her we were staying about 40 miles off the strip.  I even had her do a big Costco trip to stock up on things in bulk so we wouldn’t have to pay top dollar at gas stations along the way.  Expectations were set very low.  And they were reinforced by a counterfeit itinerary that led her to believe this was a very low-stakes, functional journey.  After dinner with some good family friends in Omaha, we spent the first night in the Nebraskan boonies.  We spent our second night in Denver — and enjoyed our one “splurge” — a night out at the Nuggets game.  She fought hard to keep me from spending our next night in Western Colorado, after she learned that we’d be driving through a blizzard just to stay at a $28/night Super 8 smoking room.  Luckily, she had gotten the flu along the way and was a little bit fuzzy and out of it.  Before we embarked for Western Colorado, I told her that she should take a couple of Tylenol PMs to make the drive go easy.  She passed the F out.  I rerouted the GPS and headed straight to Aspen.  She woke up to pure darkness and blizzard, asking where we were.  I told her that due to the blizzard, I’d had to take a detour.  The weather was really bad.  Some cars had literally driven off the road, so she bought it.  I then told her that I thought that I’d made a mistake, and needed to ask for directions.  She was pissed at me by this point.  Angry at me for planning this whole road trip by myself, not asking for her input or letting her help.  Saying that I’m a know-it-all, coughing, sneezing, sore throat, etc.  So, I said, stop, I don’t want to fight, let’s just stop and get a cup of coffee and try to figure out a place to stay around here for the night.

We parked at the side of the icy road and walked through the blizzard into this hotel which I “happened” to see.  I asked a guy at the hotel desk (little does she know, the nicest hotel in Aspen) if they have a place where we can get a cup of coffee.  He points us to this little 1920s bar, that is completely empty, except for a lone bartender and a dude playing Lay Lady Lay (our song) on an acoustic guitar.  Before Jamie can figure out what’s going on, I got down on a knee, pulled out a tennis ball (which I’ve carved a hole in and hid the ring inside) and asked her to marry me.  She says no, it gets extremely awkward.  No, all was good, we checked into the hotel and had a sweet room overlooking the mountains.  I’d worked with the head of concierge at the hotel to make the room a little vignette of our relationship (read: I’m a total tool) with memorabilia and stuff strewn about.  I’d also made a last minute switch from champagne to chicken noodle soup, hot chocolate, and tea, due to Jamie being sick.  The rest of the trip was a blast — we celebrated w/ her dad in New Mexico, spent two nights in a penthouse in Vegas, spent a few days here in LA getting settled before we went to NY for Christmas w/ her family.

It’s been a wonderful journey — and we have, to our chagrin, found a way to truly and proudly call L.A. our home.

Jamie grew up in Savannah, it's a highly desirable place for our guests to visit, and we can't imagine a more beautiful/romantic place to get married.

We made a Save-the-Date video http://www.youtube.com/watch?v=xC-g1DR4KsI that by the way, we can also make for you. We'll be implementing some of the themes of the video and song into our wedding - who knows maybe Jamie will jump rope down the aisle.