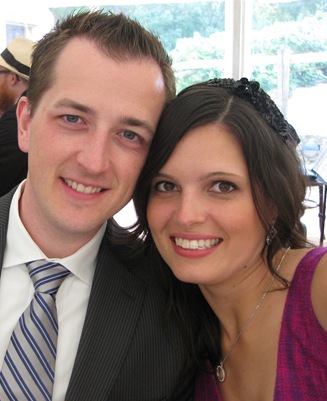 We kept meeting at various parties and bar gatherings because we shared mutual friends from college. I had just moved from Atlanta to Los Angeles and went out as much as possible to meet new people. I met Nic in my first few weeks in LA and remember telling a friend that "I wanted to date that guy"!

I can't tell this story without telling the story of how he didn't propose! There was a full moon approaching (the super moon if you remember from March) and Nic took me to a nice dinner at one of my favorite hotels (The Viceroy in Santa Monica). He planned to take me to the beach afterwards and I knew something was up. We went home to change for the beach and Nic went outside apparently looking for the moon. He came back in after several minutes and said that the moon wasn't out so we should call it a night. I was upset. I thought I was losing my mind and he wasn't really going to propose. A couple days later he came home from guitar class and told me that he splurged and bought a new guitar. I went into the living room to see it and he opened the guitar case. Inside was a dozen roses and he got down on one knee - ring in hand. I burst into tears (happy ones!) Poor guy had planned this whole romantic evening and the moon did not cooperate so he came up with a plan B. I don't mind that it didn't go as planned and we got a great story out of it!

Nic and I both went to the Savannah College of Art and Design and graduated the same year (we met in LA after graduation). Our families have since moved away from our home towns and Savannah is such a beautiful city that it was a natural choice.

Nic and I went to art school so we're naturally into the artistic details of wedding planning. You'll see handmade touches everywhere.

We are so thrilled to be getting married in Savannah and also to have fellow SCAD alumni as some of our vendors (Alysse of MGE and Nate Henderson of Open Light Studio). Savannah and SCAD will always be special to us.